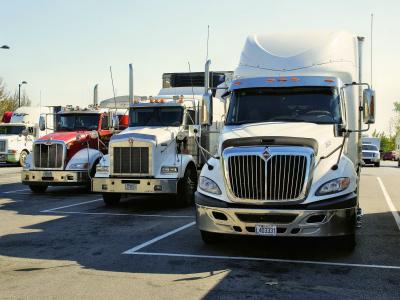 Spanish road freight startup Ontruck has acquired digital freight forwarding platform Briver, in an attempt to consolidate its market position in the Spanish region of Cataluña. Ontruck is a marketplace that provides instant price quotes to shippers for delivering shipments within specific time windows desired by their end consumers.

Ontruck is one amongst the new-age, on-demand delivery startups popping up in the rapidly growing European market that is worth €355.1 billion this year. Carriers use Ontruck’s smartphone application to accept or reject jobs. If they accept a shipment, they can check their whereabouts at nodal points via the application, receiving their payments after every successful delivery.

On the shipper side of the equation, Ontruck’s precision logistics allows them to access instant price quotes, choose from an array of vehicle specifications, and pinpoint delivery schedules rather than leave them open-ended.

Before its acquisition, Briver was a part of Wtransnet, a freight and vehicle exchange company based in Iberia, Spain. The company has a well-spread network of over 11,000 transportation companies across 33 countries, using Briver to seamlessly connect shippers and carriers by providing them real-time visibility into road freight movement. Carriers leverage the new-found visibility to significantly reduce the empty kilometres travelled, while shippers can tap into the system to track and trace freight.

“Briver offers many strengths as a digital road freight platform. Not only does it have a strong reputation and network offering a standout service in Cataluña, but it has succeeded in sustaining high margins and building out a large carrier database,” said Iñigo Juantegui, the CEO of Ontruck.

As such, Cataluña draws about 10% of the road transportation business in Spain – a sizable share within a rapidly growing market. Juantegui explained that integrating a company like Briver into Ontruck helps the startup to bolster its presence in Spain as it holds a complementary client base.

“In the weeks leading up to the holidays, demand for vehicles increases to over 40% kicking off with Black Friday in late November, all the way through to Christmas. The Briver acquisition will harness Ontruck’s capacity to meet the influx in demand of the Christmas rush by increasing the vehicles available for shipments by 20% in Cataluña,” said Juantegui.

This scenario is providential for Ontruck, which is on track to triple its turnover from €9 million in 2018 to €27 million this year. The company currently services major brands like Pepsico, Codorniu, GBFoods, Mitsubishi, CHEP and Decathlon, collaborating with around 2,500 vehicles to pull off its precision logistics offering. Apart from perennially looking to increase the volume it ships, it also is doubling down on new clients such as Danone and P&G.

With Briver’s integration, Ontruck expects to see a 15% growth in business volume for the company. Juantegui stated that Briver would continue to run independently from its parent company, but under a common leadership with no operational changes for clients from either of the brands. “Briver’s team will remain working for the company as if nothing changes. For the time being, they will continue working from their office in Terrassa, Barcelona,” he said.

Ontruck will continue to expand its geographic footprint, having grown to two new markets – France and the Netherlands – this year. The startup is also looking to open in new cities in countries where it already has its operations running, while at the same time scaling up its service offerings, like booking international full truck loads (FTLs) and providing new ways to negotiate volumes.

Chevron's Permian Production Pays Off With A Strong Beat