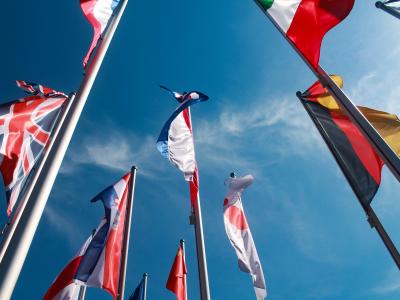 Nine international companies recently made their pitch to investors at the Deutsche Bank Depositary Receipts Virtual Investor Conference, held in conjunction with OTC Markets November 13-14. Here are the highlights (to watch a replay of the investor presentations at the conference, click here).

“We used to be a very European-centric business 10-15 years ago,” Castillo said. “Heineken was concerned that it was overly exposed to markets that at that point in time were showing a frank decline.”

Today, Heineken owns over 160 breweries in over 70 countries. Only two countries, Mexico and Vietnam, account for more than 10% of profits, and 56% of profits come from developing markets.

Hugo Boss, the German fashion company fell short of expectations in its most recent quarter, missing estimates on both earnings and sales. The company cited macroeconomic uncertainties that weighed on consumer demand.

In North America, sales were down 8% on a year-over-year basis, impacted by general softness in local demand and a double-digit decline in the U.S. wholesale business. In Asia, sales were up 2% year-over-year despite the Hong Kong protests weighing on sales growth. Europe sales also rose 2% in the quarter, led by record same-store sales growth in France (though sales in home market Germany declined).

Looking further out the company is focused on the expansion of its footprint in mainland China, expanding online sales and growing its travel retail business.

Fresenius is a global operator of hospitals and other health care facilities and is the world’s largest provider of products and services for individuals with renal diseases as well as Europe’s leading private hospital operator.

According to Senior Vice President and Head of Investor Relations, Markus Georgi, 42% of Fresenius’ business comes from North America, while 43% comes from Europe, and 15% comes from the rest of the world, particularly China.

Georgi cited two key trends in healthcare that are driving the growth of the business: demographics and health care spending. Over 2 billion people will be over the age of 60 by 2050, according to the World Health Organization. And by 2022, one-third of all global health expenditure will occur in emerging economies, according to the World Economic Forum.

Hutchinson China MediTech, known as Chi-Med, is a Hong Kong-based pharma company focused on developing drugs for oncology and autoimmune diseases. Chi-Med currently has a portfolio of eight cancer drug candidates in clinical studies around the world, five of which are in the U.S. and EU.

Christian Hogg, executive director and CEO of Chi-Med, singled out the company’s pipeline and the changing regulatory landscape as key catalysts going forward. In 2018, the company launched Elunate, a treatment for colorectal cancer. The drug is commercialized by Eli Lilly (NYSE: LLY) and was the first-ever home-grown cancer drug launched in China.

“What we’re seeing is enormous regulatory reform in China, driving down the price of generic drugs, increasing access to innovating therapies, and that’s where our portfolio fits in very nicely,” he said. “We’re seeing a terrific evolution of the Chinese biotech and pharma market towards helping patients with innovative therapies.”

Suncorp is an Australian financial services provider with over 9.5 million customers and $96 billion in assets under management. The bank has three business lines: insurance in Australia, banking & wealth, and insurance in New Zealand.

Suncorp has a 27% market share in Australia’s personal lines markets and is Australia’s largest personal injury insurer. In the banking and wealth segment, 81% of the bank’s lending portfolio consists of retail mortgages, while commercial loans make up 11% and agricultural business loans make up the remaining 8%.

The key priorities for the firm, according to Kelly Hibbins, executive general manager, investor relations, are to increase investment in the bank’s digital platform, increase growth in home and motor loans and continuing to target a net stable funding ratio comfortably above 105%.

Nordea, the largest financial services firm in the four Nordic countries with around 10 million customers, also provided a quarterly update.

Going forward, the company has a new CEO, business plan, financial targets, and dividend policy. As part of that plan, Nordea is aiming to cut costs by between 700-800 million Euros by 2022.

Leading the way for Telstra is its 5G developments. In the past year, Telestra became the first operator to launch 5G in the southern hemisphere, providing access to over 4 million Australians. By the end of 2020, they expect to increase 5G coverage almost five-fold to reach at least 35 Australian cities.

“FY19 has been pivotal. Notwithstanding the intense competition we have faced and the challenging structural dynamics of our industry, it is a year in which we started to see the turning point in the fortunes of the company,” said Head off Investor Relations Ross Moffat.

Serco is a British provider of public services that operates in five main sectors: defense, justice & immigration, transportation, health, and citizen services. The company most notably recently closed its $225 million acquisition of Naval Systems Base Unit, which it hopes will make it a top-tier supplier to the U.S. Navy as the Navy plans to expand its fleet from around 280 ships to 355 by 2034.

2019 will be the third year in a row that Serco order intake exceeds revenue, according to Head of Investor Relations Stuart Ford. The company received orders worth 14 billion pounds in the first half of 2019, up from 11 billion pounds on a year-over-year basis. In terms of revenue, Serco is guiding for 5-7% revenue growth in 2019.

Continental is one of the largest automotive suppliers in the world. 60% of Continental’s revenue comes from its automotive group, while the remaining comes from rubber products.

In terms of the overall market situation, the company is assuming no material recovery in the next five years. Continental is projecting live vehicle production in 2020 to be at the same level as in 2019, at best—if not decline for the third consecutive year. They’re also seeing increasing headwinds in tire markets.

Continental’s plan to weather the storm is to reduce costs by 500 million Euros by 2023 via a 5% headcount reduction and reductions in capex. They’re also planning a complete spinoff of the powertrain business—for which it was previously planning on pursuing a partial IPO—and re-focusing on growth areas; specifically, the interior and tires divisions.

Photo by Sebastiano Piazzi on Unsplash

French Retailer Carrefour Is Putting Blockchain On Its Food Shelves

EUR/USD: Fails To Wait For The NFP

Shopify's Quest Of Being Anti-Amazon Is Giving Amazon A Run For...