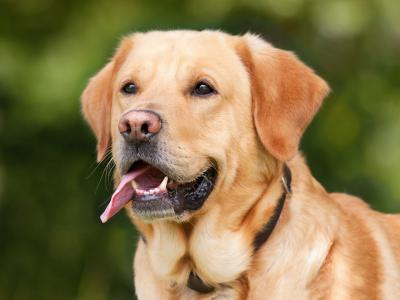 Dogs and other small pets can provide comfort and companionship for long-haul drivers. But as transportation lawyer Cassandra Gaines explains, a cat or dog riding shotgun may bring the baggage of a costly lawsuit if a roadway accident occurs.

Gaines discussed with FreightWaves CEO Craig Fuller on the FreightWavesTV show “Fuller Speed Ahead” the safety risks involved with in-cab pets and how transportation companies can protect themselves from multimillion-dollar jury settlements.

“Plaintiff attorneys like to hear that a dog is in the cab because they can say that dog was distracting even if it wasn’t distracting,” Gaines said. “It’s very hard to disprove unless you had an inward-facing camera showing everything, which most truck drivers don’t have. It’s hard to argue that it wasn’t distracting.”

Gaines recalled representing a driver who experienced an accident on a snowy road. Despite the fact that other trucks were involved in accidents due to the road’s icy conditions, the plaintiff’s attorney targeted this specific driver because he had a dog with him and claimed that the driver could have pressed the brakes sooner to avoid the accident if the animal had not been in the tractor cab.

“Maybe he would’ve, but just the argument alone adds in a whole new factor,” Gaines said. “Because they don’t usually side with trucking companies, jurors tend to believe that the dog was distracting.”

Gaines doesn’t necessarily believe trucking companies should ban all pets but she does suggest they review their pet policies. She said possible solutions could include allowing only small dogs or requiring all dogs to be trained before hitting the road. Keeping them separated from the driver’s immediate space while the vehicle is in motion also could be a viable option to prevent driver distractions, according to Gaines.

“You are driving a very difficult, very heavy and very dangerous vehicle,” Gaines said. “Safety comes first — not our personal opinions, how we feel or money.”

The surest way to protect oneself from liability is to install both outward- and inward-facing cameras in each truck, Gaines said. She acknowledged that some drivers believe cameras violate their privacy, but she said feeling uncomfortable is a fair tradeoff for certainty that these cameras hold the key to exonerating them from any wrongdoing.

She said her experience with focus groups has shown many jurors are predisposed to view truck drivers unfavorably. Even when she would present a convincing defense of the driver, some mock jurors in pretrial focus groups would voice their personal stories of bad encounters with trucks on the road as reasons to vote for a guilty verdict.

“The solution is that we need to put safety first, settle these cases quicker and understand that people are angry at trucking companies,” Gaines said. “They’re the ones deciding the hundreds of millions of dollars [in settlements]; it’s not the plaintiff attorneys or anybody else.”

She continued, “If you let that anger continue to fuse and snowball, you’ll get those big jury verdicts.”

Fuller described these court rulings as “nuclear verdicts” as they often destroy the companies involved. Wrongful death lawsuits against trucking companies have steadily risen to eight- or nine-figure payouts.

Gaines noted that trucking companies are finding that their vehicle liability insurance is nowhere near enough to satisfy hungry plaintiff attorneys. She said $1 million is the typical amount of coverage offered for a commercial truck and what accident victims get if a truck driver is found liable.

Plaintiff attorneys now are following the money trail all the way to brokers and shippers, as reported earlier by FreightWaves. Gaines explained that brokers are easy to target because of their hefty insurance coverage. The most common accusations thrown at brokers, she said, are vicarious liability and negligent selection of carrier.

Gaines advised brokers let the drivers do their jobs in peace — don’t pressure them to go faster or drive in bad conditions. Brokers also should vet carriers by service issues not safety, she said.

“I want you to vet carriers regarding service,” Gaines said. “Look for FreightGuard reports and double brokering. If you want to look at safety, only look at third-party companies that will give you a score.”

Image by Chiemsee2016 from Pixabay

Consolidated Tomoka Announces Final Results of the 2019 Annual Meeting of...

Cannabis Securities Were Widely Traded On OTC Markets In November