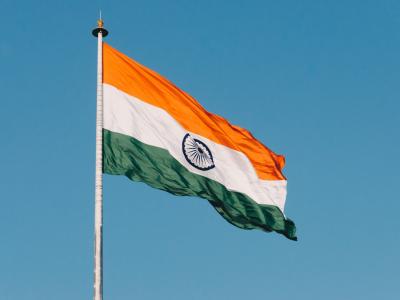 India continued to see countrywide protests over the citizenship amendment bill 2019 on Monday.

The police action against student protests at Delhi’s Jamia Milia Islamia University and neighboring state Uttar Pradesh’s Aligarh Muslim University became the center point for further escalations on Monday, even as students at other leading universities joined the protests later.

Why The Students Are Protesting

The students are protesting against the ruling Bharatiya Janata Party, known for its majoritarian nationalist views, over the citizenship bill that was fast-tracked through both the houses of the Indian parliament and received the President’s assent on Friday to become law — all in a matter of five days.

The law concerns the immigrants from India’s neighboring countries, in particular, Pakistan, Bangladesh, and Afghanistan.

According to the law, people of Hindu, Buddhist, Christian, Sikh, and Parsi faiths who face persecution in their home country and arrived in India before 2014 even as illegal immigrants, can claim the country’s citizenship as naturalized citizens in five years of residency.

The bill has come under fire for explicitly listing each faith, leaving out only Muslims. The critics, including the protesting students, are arguing that the provision to grant citizenship based on religion violates the Indian constitution’s secular principles.

The Human Rights Watch said that if the Indian government is concerned with protecting minorities in neighboring countries, then it should have included Pakistan’s Ahmadiyya minority and Myanmar’s Rohingya minority, both of which are facing persecution in their countries.

The students of Jamia Milia Islamia took to the streets to protest against the bill, but were faced with police action, The Hindu reported.

The police allegedly entered the university campus, including the girls’ residential areas, without obtaining the required permissions from the administration, and reportedly injured over 200 students in violent clashes.

According to a student account published on Quartz on Sunday, the police was particularly targeting Muslim students, repeatedly saying a phrase in Hindi that roughly translates to “Hit them, they’re Muslims,” using a profane slang referring to the practice of circumcision in the community.

Similar police crackdowns were reported at the Aligarh Muslim University in the state of Uttar Pradesh, which is also under the rule of the BJP.

As of Monday, students at other leading Indian universities, including Delhi University, Tata Institute of Social Sciences, Indian Institute of Technology Bombay, and Madras, have joined the protests.

What The Government Is Saying

Prime Minister Modi called for peace in the aftermath of the protests and the police action.

“I want to unequivocally assure my fellow Indians that CAA does not affect any citizen of India of any religion. No Indian has anything to worry regarding this Act. This Act is only for those who have faced years of persecution outside and have no other place to go except India,” Prime Minister Narendra Modi said on Monday.

“The need of the hour is for all of us to work together for the development of India and the empowerment of every Indian, especially the poor, downtrodden and [marginalized].”

What The Opposition Is Saying

The opposing political parties and independent critics are calling for the government to roll back the law.

“The CAB & NRC are weapons of mass [polarization] unleashed by fascists on India. The best [defense] against these dirty weapons is peaceful, non violent Satyagraha. I stand in solidarity with all those protesting peacefully against the CAB & NRC,” Rahul Gandhi, one of Modi’s primary opponents and a leader of the Indian National Congress said on Twitter.

The Supreme Court of India has said that it will hear a case on police brutalities against the students on Tuesday.

A petition filed by opposition leader and lawyer Jayaram Ramesh against the law will also be heard on Wednesday.

How India’s Stock Market Is Performing

India’s stock market dropped on Monday as the market operated cautiously in light of the continued protests.

Markets are putting pressure on the Federal Reserve for at least...