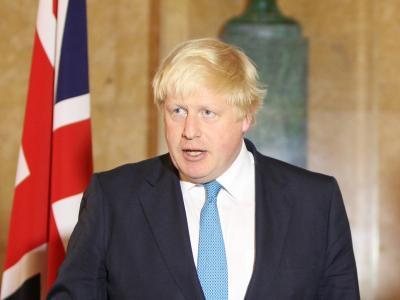 The newly-elected U.K. prime minister Boris Johnson will not attend the 2020 World Economic Forum summit in Davos, Switzerland, in January, The Guardian reported on Tuesday.

Johnson has also barred his cabinet ministers from attending the event, according to The Guardian, as he wants to “get on with delivering the priorities of the British people.”

The Conservative and Unionist Party led by Johnson swept through power in the general elections, on the back of a promise to deliver the U.K.’s timely exit from the E.U.

“The emphasis will be upon delivering [the] Brexit by January 31 and the NHS. That is what we promised, not going to Davos,” a source from 10 Downing Street, U.K. prime minister’s official residence, told The Guardian.

The Withdrawal Agreement Bill detailing Britain’s exit from the bloc, which was sidelined earlier in October as Johnson lacked the majority in the parliament, is expected to be reintroduced on Friday.

Johnson has reportedly modified the bill to ensure that Brexit deadline of January 31 can’t be extended again, and the transition period, where the trade agreements between the U.K. and E.U. maintain their status quo, must end by the December 2020 deadline, even if the two governments don’t manage to strike any trade deal.

The pound sterling surged at Johnson’s reelection but has slipped significantly since then. At press time, the pound traded 0.28% lower at 1.3092, losing 3.13% of its value since the 18-month record high it hit earlier last week.

Meanwhile, President Donald Trump will attend the Davos summit, after having skipped it this year due to the government shutdown, Bloomberg reported.