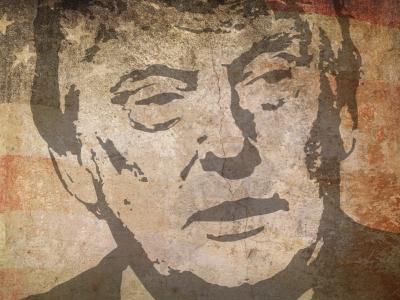 Despite political turmoil in Washington D.C. surrounding President Donald Trump’s impeachment proceedings, the S&P 500 is up another 2.6% in the past month to new all-time highs.

The U.S. House of Representatives is expected to have a full vote on President Trump’s impeachment trial Wednesday evening. He faces impeachment based on the two articles introduced by the House of Democrats earlier this month: accusing the president of abusing presidential power and obstruction of congress.

On Tuesday, DataTrek Research co-founder Nicholas Colas took a look at what exactly the market is telling investors about the impeachment.

Next, Colas looked at the odds Trump serves out the remainder of his first term, according to online prediction site PredictIt. Those odds currently stand at about 81%, up from 66% on Sept. 27, suggesting the information about Trump that has come out during the impeachment proceedings has significantly lessened the chance he will be removed from office, in the eyes of PredictIt users.

Finally, with the chances Trump will be removed via impeachment looking increasingly slim, Colas looked at how the impeachment may have impacted the outlook for the 2020 U.S. election. While Democrats still have a slight edge in the 2020 election, that edge has actually shrunk during the impeachment proceedings, according to PredictIt. The Democratic Party currently has a 52% chance of taking the White House in 2020, while the Republican Party has a 49% chance of holding onto it. Democrats’ chances are down from 56% three months ago, while Republicans’ chances are up from 47% in that time.

Putting all the information together, Colas says the 2020 election is looking like a coin toss at this point, with Trump looking increasingly unlikely to face off against a more progressive Democratic candidate.

“The 2020 Presidential race, at least by current measures, is shaping up to be more about personalities (Trump vs. Biden) than a vote on US economic norms,” Colas said. “As long as the US economy remains ‘OK,’ history shows US voters favor the status quo over the competition.”

It’s still way too early to reliably predict the outcome of the 2020 election. However, the fact that financial markets are performing so well heading into 2020 suggests impeachment is unlikely. In addition, strong financial markets are typically a positive signal for the status quo in Washington and a negative sign for candidates looking to make significant changes to current economic policy.

Do you agree with this take? Email feedback@benzinga.com with your thoughts.

The SAFE Act Could Be 2020’s Biggest Cannabis Catalyst

What Is The Fed Dot Plot And Why Is It So Important?

Chinese Foreign Minister Wang Yi speaks at a news conference after restoring diplomatic ties with Kiribati on the sidelines of the United Nations General...

Analyst On Hexo Earnings: 'We Had Expected Worse'