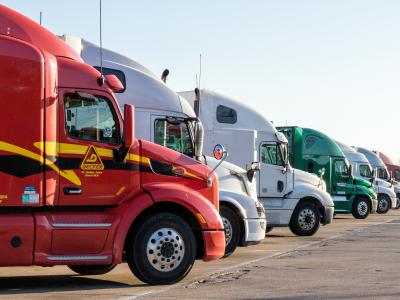 The newly written USMCA trade rules that are set to replace NAFTA will cost automakers $3 billion in added U.S. tariffs for cars and parts that do not meet higher regional content requirements over the next decade. Automakers that look to avail tariff-free access between the three North American countries will have to satisfy a 75% regional content requirement, a 12.5% increase from the NAFTA regulations.

Another requirement mandates that 40% to 45% of vehicles will have to be manufactured in high-wage areas that pay more than $16 an hour – making it improbable for Mexico to compete. This would mean that certain components produced in Mexico and outside the high-wage regions of the U.S. and Canada will not qualify for U.S. tariff-free access. That could eventually hit the margins of automakers, who in turn, might transfer the burden onto their customers, making automobiles a bit more expensive than they are today.

New electric vehicle (EV) sales in China plunged in November for the fifth consecutive month, with sales dropping by 43.7% year-on-year to 95,000 units.

“Maybe there are some folks who – for whatever reason – thought they could make some quick money in this and they are learning that production is not as easy as you might think. You may see some of them go by the wayside.”

– Dan Brouillette, the U.S. Energy Secretary, calling the slowdown in the Permian basin temporary and that there was no reason to worry about its future prospects.

FedEx stock stung by the shift to e-commerce

The euro zone’s seasonally unadjusted trade surplus rose more than expected in October compared with a year earlier thanks to a sharp decrease in energy imports. (Reuters)

Amazon is letting shoppers return “millions of items” sold and fulfilled by Amazon for free, including electronics and household items that weigh under 50 pounds. (CNN Business)

Manna will offer a delivery service via drones to restaurants and takeaways, planning to begin service in March 2020. (Irish Times)

The holiday season is a time when small parcel deliveries across the U.S. increase significantly, buoyed by e-commerce purchases that have swelled in recent years. A report published by LateShipment.com estimates that the 2019 holiday season will see more than $1 trillion in sales, with e-commerce sales increasing by 13.2% from last year.

Based on data from the previous year’s holiday season, it can be seen that delivery delays would be inevitable and might hover around 8%, as observed in 2018. Several factors add to the delays, including unexpected volume surges, congested sorting hubs, unforeseen weather conditions and inadequate workforce.