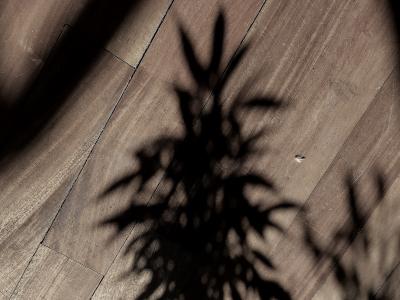 2020 remains poised to be a monumental year for the cannabis plant. Buoyed by the tailwinds of favorable legislation, social acceptance, medical recognition and the CBD craze, the cannabis complex continues to exhibit some of the highest growth characteristics in the world. Investor dollars, temporarily stymied by Canadian capital market rationalization, have thankfully gained deployment discipline in the process. A classic emerging market, it is likely that cannabis proves to be the best performing asset class this decade and unlikely that any sector remains untouched by this plant as we march toward maturity..

In Cannabis 2019: Five Things To Watch, we anticipated progress toward banking and 280E resolution, emergence of the U.S. hemp industry, a correction in the Canadian capital markets, balkanized supply/demand imbalances and progressive moves in the largest Asian countries..

While much work remains, the SAFE Banking Act became the first stand-alone reform bill to pass the House on September 25th, 2019. In major Hemp news, we witnessed implementation of the 2018 Farm Bill, increased involvement from the FDA and DEA, and skyrocketing CBD availability in major retail chains across the country. The Canadian capital markets experienced a 50% correction as addressable market realities emerged from the clouds of optimistic exuberance. Intra-state trade barriers contributed to large supply/demand imbalances and pricing spreads across the country, a trend that may see mild reversal this year. In Asia, Thailand, South Korea and Malaysia opened medical markets while China and India issued regional cannabis licenses.

Professional sports is a power game, one in which cannabis represents an outsized imbalance between rules and reality. 82% of the 123 ‘big four’ professional sports teams play in a state or province where cannabis is legal, and it is estimated that nearly 90% of professional athletes use cannabis for pain, anxiety and recovery management. Until last month, cannabis was a banned substance in three of the four major leagues..

Annually, the NFL, MLB, NBA and NHL collectively generate $40 Billion with revenues tied directly to player health. The perpetual cycle of pain, prescription pills and rehab has led to an NFL opioid addiction rate four times the national average. Former athletes are some of the industry’s most germane ambassadors for cannabis as medicine. NFL Commissioner Roger Goodell and the NBA’s Adam Silver have publicly expressed interest in understanding the science behind cannabis as a medical alternative..

Major League Baseball’s December 12th, 2019 decision to begin opioid testing and drop all natural cannabinoids, including THC, from its drugs of abuse list marks a major shift in professional sports’ drug policy away from punishment and toward player health..

With professional sports shouldering outsized influence on Americans’ collective values, 2020 may be a watershed moment for social attitudes, sports, and science to converge around this original super-food..

Changing laws change habits, and both are of immense benefit to the cannabis complex. Legal U.S. cannabis sales approximately equal total California cannabis sales, both at ~$13 Billion. Thus far, the legal market in California has captured ~20% of total sales, and nearly 75% of California dispensaries currently remain unlicensed. Compliance and tax burdens contribute to a 40-45% price differential, the imbalance ensuring that the illicit market continues to thrive. While there are licensed retailers for every 5,500 and 4,200 adults in Oregon and Colorado respectively, that ratio in California drops precipitously to one for every 35,000 adults. We expect licensing efficiencies to improve in 2020, with the likelihood of significant tax or regulatory overhaul remaining low. Six to eight new state markets may open up in 2020, and lessons learned from California and Illinois will help accelerate white market adoption if licensing and taxation are designed to not be a hindrance..

The passage of the 2018 Farm Bill led to many developments in the Hemp space in 2019, perhaps none as proliferous as the national availability and interest in hemp-derived Cannabidiol (CBD). While the non-hemp cannabis (NHC)-derived CBD ‘dispensary’ channel is exhibiting high growth within the licensed space, we expect the hemp-derived CBD ‘supplemental and wellness’ channel to grow even faster..

CBD remains best accompanied by other cannabinoids, terpenes, flavonoids and other bio-active compounds rather than isolated to then be sold with false expectations of minimal efficacy compromise..

True market potential will be realized as we understand ways to use cannabinoids as platform components rather than isolated destinations. The next stage of growth for this market will be defined by combinations of cannabinoids, terpenes, flavonoids and other bio-active compounds working with vitamins, minerals, herbs and roots to produce desirable health outcomes. CBD origin matters, and CBN, CBC and CBG are three cannabinoids likely to join the polypharmacy party on a broader scale. It remains difficult to overstate the medical and economic potential hidden in these molecules as we traverse this pathway of discovery and healing..

Americas: Expect to see six to eight U.S. states and five Central and South American countries to decriminalize or legalize cannabis use on a medical or adult-use basis..

European Union: While major social perception shifts have been underway, legal changes are likely restricted to new medical markets in no more than one to two EU nations..

Africa: While land, labor and climate are conducive to low-cost cultivation, the lack of infrastructure and corporate honesty will likely limit expansion in the near future. Lesotho remains a market to watch, with cannabis its third largest source of revenue..

Russia and the Middle East: Perception and acceptance shifts are unlikely anywhere in this region..

Asia: Expect additional loosening of markets in China and India, positive news out of Japan, and a reduction in criminal penalties in two additional countries..

We are not in the business of calling election outcomes – the list below is simply a reference for candidate cannabis positions. We don’t expect major policy change this year, though the election outcome will certainly have an impact moving forward:.

Cory Booker: A vocal critic of the war on drugs and introduced the 2019 Marijuana Justice Act as lead sponsor..

Pete Buttigieg: Has admitted use and supports national legalization. His position is made clear by his statement: “We cannot incarcerate ourselves out of this public health problem.”.

Amy Klobuchar: Signed the 2018 STATES Act. Has not been vocal on federal legalization and did not sign the 2019 Marijuana Justice Act..

Mike Pence: Does not support legalization or decriminalization. While an ultra-conservative, Pence is also a strict constitutionalist and therefore unlikely to oppose a bill fully supported by the House, Senate and an American majority..

Bernie Sanders: Supports federal legalization, co-sponsored the 2019 Marijuana Justice Act and has presented a proposal that establishes a $10 billion USDA grant program to help those impacted by the War on Drugs while preventing tobacco industry participation..

Donald Trump: Has expressed support for medical cannabis use and is a supporter of states’ rights. His stance on federal legalization remains unclear..

Andrew Yang: Supports cannabis legalization at the federal level with the intention to generate tens of billions of dollars in new ‘cannabis-business derived’ revenues while improving safety and social equity..

2020 promises to bring many other developments and advances in cultivation and extraction technology, vaporization and consumption methodology, pharmaceutical and scientific discovery and perhaps even an inter-state market. The legal cannabis industry is the fastest growing industry in America – with unique ability to attract the interest of financial and impact investors alike. Diversified capital sources will undoubtedly have diversified impact and we remain optimistic about a world poised to benefit from both..

A well-diversified cannabis portfolio can have impact well beyond its investment return, a wonderful outcome of business leading social change in this sphere.