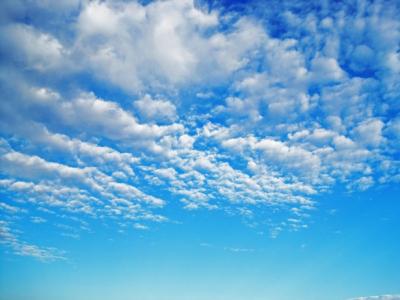 Blue Sky laws are, in essence, state securities laws. Though the exact laws differ from state to state, the purpose—to regulate the offering and sale of securities and protect the public from fraud or misinformation—remains the same.

These laws require that anyone offering a security or investment advice, be it a company, broker-dealer, or investment advisor, register in each individual state they intend to do business or otherwise comply with an exemption from registration. Each state has its own regulatory agency that handles such registrations. Many of the state securities regulators are members of the North American Securities Administrators Association (NASAA).

The term “Blue Sky” is a reference to the empty promises that were made on behalf of fraudulent investments in the early 1900s. The first known Blue Sky Law was enacted in Kansas in 1911, and between 1911-1931, 47 of the then 48 states followed suit.

But that changed after the Great Depression. Congress sought to increase the amount of regulation on Wall Street, in the hope that doing so would prevent the rampant speculation that helped fuel the economic crisis.

Among the biggest regulatory changes were the formation of the SEC and the adoption of the Securities Act of 1933 and the Securities Exchange Act of 1934—which together would serve as the foundation for federal securities regulation in the U.S. These laws helped lay the groundwork for future financial regulation that would go into effect throughout the 20th century.

While many Blue Sky laws are modeled after the Uniform Securities Act of 1956, there are still many inconsistencies between federal securities regulation and each individual state’s laws.

Who Is Affected By Blue Sky Laws

Blue Sky laws impact all of the parties that participate in the offering, sale, or research of a security—including companies, broker-dealers investors and advisors.

The people involved in this process must consider Blue Sky laws when determining where they can and cannot solicit or recommend these securities to the investing public, whether they must register or file a notice or pay a fee in the state, the extent of required disclosures, and various other requirements.

Failure to comply with Blue Sky laws can result in fines and litigation brought from the state.

Some securities, known as covered securities under federal law are exempt from the registration and qualification requirements under Blue Sky laws. Examples of such securities are those that trade on a national exchange or are issued under Regulation D.

For secondary transactions in some non-covered securities, such as those traded over-the-counter, an exemption in each state is required to allow brokers to facilitate trades or provide research to investors. Many states maintain “manual exemptions” that generally allow for secondary trading of companies as long as certain financial and other key information about the company is published in a nationally recognized securities manual or its electronic equivalent.

A Peek Into The Markets: US Stock Futures Down; Crude Oil Rises 1%

A man wearing a protective mask takes pictures on the promenade of the Bund along the Huangpu River in Shanghai on January 21, 2020. Hector...

MILWAUKEE, Jan. 21, 2020 /PRNewswire/ -- Northwestern Mutual, a leading financial security company, announced today it has been named one of the World's Most Admired...

By WeedMaps News' Adam Dury, provided exclusively to Benzinga Cannabis. If growing cannabis is an art, then the soil is the canvas, paint and even...

A joint venture between independent refiner Phillips 66 and Renewable Energy Group (REG) to build a renewable diesel plant in Ferndale, Washington, has been...

Commerce Takes Over Swath Of US Firearm Export Controls

The U.S. Commerce Department's Bureau of Industry and Security (BIS) is preparing to become the key licensing agency for exports of many American-made firearms,...