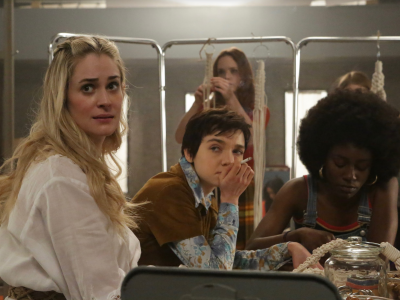 The feature film “The Marijuana Conspiracy” will premiere in the U.S. during the 35th Santa Barbara International Film Festival Saturday, Jan. 18 at the Fiesta Theater in Santa Barbara.

The cannabis-themed independent film was directed by Craig Pryce  and stars Morgan Kohan, Kyla Young, Luke Bilyk and Marie Ward. The film is participating in the festival’s competitive segment.

Screenings are scheduled for:

Both screenings will be followed by a Q&A with the director and cast members.

About ‘The Marijuana Conspiracy’

The movie is based on events that occurred in the winter of 1972, when a group of young women took part in an unusual scientific study that measured the effects of marijuana on females.

The film takes audiences on a journey featuring five young women who shared a common goal: make some money and have a fresh start in life.

It began as fun, like a hippie camp: get paid to smoke weed and make some easy cash. The young women thrived and excelled at their given tasks despite their “toke times.”

See Also: What You Need To Know About Whoopi Goldberg’s Cannabis Ventures

The scientists, frustrated and surprised with the women’s motivation, decided to give the women ever-increasing THC levels to smoke. Although the unnatural and excessive dosages didn’t curtail most of their productivity, the women eventually become zombified and felt like lab rats under constant observation and prodding.

Yet, they endured with no one to care for them and no laws to protect them. The women used their unique strengths, resilience and friendship in order to overcome this adversity.

The government decided to shelve the valuable social and scientific data, as they knew the data didn’t skew as they hoped.

To this day, the women still do not know the results.

See Also: Jim Belushi Takes On Your Blues With His Pot

Photo courtesy of “The Marijuana Conspiracy.”

Dynamic Funds wins FundGrade A+® Awards across its fund line-up