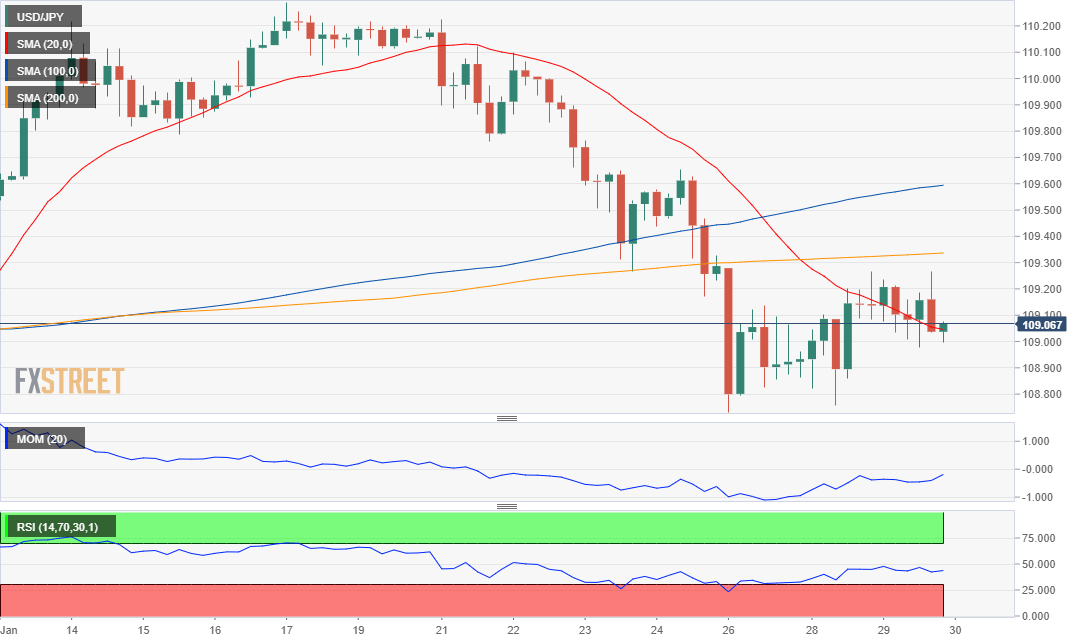 The Japanese yen retained its weak tone, trading near its recent lows against the greenback. The USD/JPY pair showed little reaction to the positive tone of equities, rather following the behaviour of US Treasury yields, which held lifeless around their Tuesday close ahead of the US Federal Reserve announcement.  Fed’s Chief Powell offered a balanced speech, avoiding to provide too many details that could alter financial markets.

Japan published at the beginning of the day January Consumer Confidence, which remained unchanged at 39.1 against the expected 40.8. Also, the Bank of Japan released the summary of opinions for its January meeting, which showed that policymakers are still debating whether to continue or not with the current policy approach amid the prolonged low growth and low inflation. During the upcoming Asian session, Japan will publish minor data while BOJ’s Amamiya will offer a speech.

The USD/JPY pair has found intraday support around the 50% retracement of its January rally in the 108.90 area, the immediate support. The 4-hour chart shows that the pair briefly  surpassed a bearish 20 SMA but returned below it, while technical indicators began to ease after entering positive territory, now heading south and reflecting the absence of buying interest. The pair would need to advance beyond 109.30, the 38.2% retracement of the mentioned rally, to be able to extend its recovery and approach the 110.00 figure.

For US Ports, “Gloves Are Back Off And We Are Able To Ship To...

All you need to know about cryptocurrencies

Earnings: Tesla Facing What May Be Its First Annual Revenue Drop Since 2012